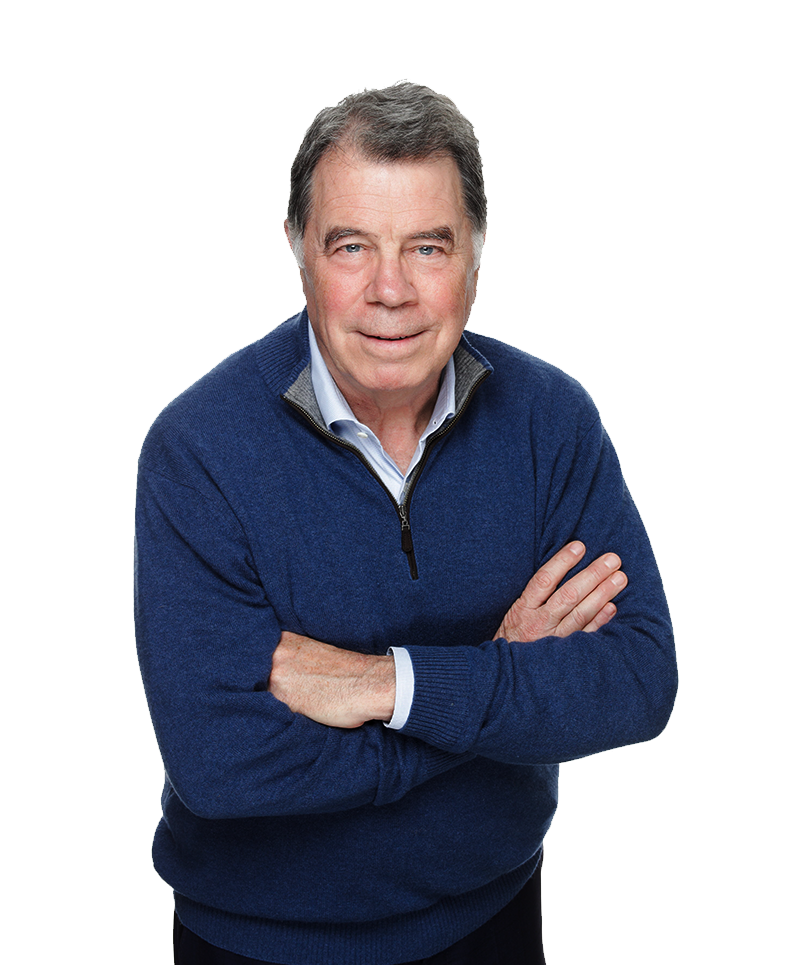 When we get to the point at which we start talking numbers, it is done only after we've addressed everything else, which makes people want to listen to them more.

When we get to this point, where we start talking numbers only after we've talked everything else, it makes people want to listen to them more.

There is no rushing the steps of the Method, and this episode highlights that you cannot start in the middle. You must begin at the beginning so that when you get to the Bridge step, you will have brought the community with you.

The Bridge step of the Davies Method is not a static place. In this episode, John lays out how he takes people from one place to another in their thinking and understanding of the project. The Bridge is an action word for John. It is a journey away from specific ways of thinking. This episode fills in the logic behind how and why John designed this phase of the Davies Method to be the time when financials are explained.

The Bridge reveals the real mastery of the timing in the Method and this isn’t when the final card is turned over on the table, but the seasoned professional will recognize that this is the phase of the process which reveals that there is a steady hand guiding the project.

Mark Sylvester: John Davies has a method. An approach he systematically developed over a career spanning three decades. He's proven it to be invaluable for dozens of industries and thousands of projects facing public acceptance. Up until now, the method has only been available to his select client list. John is unpacking his insight and wealth of knowledge to overcome opposition and earn public support for the first time right here. Throughout these episodes, we'll take a deep dive, step by step with John, into his strategies to overcome opposition and create support. Nothing is free in this world, but good ideas are priceless. This show could be just the thing you've been looking for. I'm Mark Sylvester. Now, let's get started and talk with John.

John, welcome back. So last week, we were talking about embracing to engage, and we said that the fourth step is called bridge. Why do you call it bridge?

John Davies: It's so funny. Why come up with names for these? And part of it is just for me, to really think about it and let people know. So bridge is like you're moving from one side to the other side. So you're crossing a big river, and I want to make it really clear that this is different than the others. So we acknowledge there's gonna be impacts when we build a wind farm. We contrast immediately the impacts of not building a wind farm with the impacts of building a wind farm. That ... much better to build one. And then we embrace and engage, and that is really getting under people's skin with a good thing and getting them to work. Now, let's bridge across and talk about the financials. And the reason we want to make this so separate this is, people aren't willing to go with us. No one's willing to sell out their community for jobs or tax revenue.

John Davies: There is no trust, and there's no relationship. And so the deal is, if you start off by saying exactly what we'll say in the bridge stage, where we'll talk about the economics. If you start with that, you have people slowly leave you. Support dwindles.

John Davies: Yeah. That's more of a value-based versus a financial-based. Obviously, they get linked pretty closely, but the idea is making payments to family farms have a values-based benefit. Not just the dollar amount. The idea is talking about the benefits without putting the dollars on it. Because when you put the dollars on it, they're either too big and unbelievable, or they're too small. It depends on where you are, so you gotta make the social and the value-based message first.

Mark Sylvester: Then, is this best ... I'm trying to think of how you best communicate that because numbers can be so abstract. Are you kind of contrasting numbers too, a little bit?

John Davies: So if we're gonna be paying $2,000,000 a year to farmers, and over 30 years, we're gonna be paying $60,000,000 dollars to farmers in a community where it's tough going for agriculture, it's like, "Whoa. Whoa, that's a lot." And then, what is a revenue to the school? So what's a revenue to the school? Well, we're gonna be providing the school with X million of dollars a year, which what does that mean? Well, that means that we're providing the school with an additional 15% funding. With no kids coming from us, so it's not like a real estate development where you're providing money because you're building homes, and new families are gonna be coming to town, and they're gonna be sending kids to school. We add no kids, but we provide this revenue.

Mark Sylvester: I like that idea of chunking down the communication to a bite-size piece, let's say, because that again, is more believable, more relatable, more like my next door neighbor.

John Davies: And we've tested in public opinion surveys where we will talk about numbers, and everyone says, this is going to be ... 61% is going be blah, blah, blah. And then we try 81% is blah, blah, blah. 61% gets a better review. We have more people because it's more believable. When it's so big a number, people think you're lying. So it's gotta be believable and defensible.

John Davies: Right. Right. And so it's interesting. For instance, the CEO of Intel told the story, I think in 2010, about their new chip. And it's this fast, and does this, and does this. And then he said, "Let me compare this to the auto industry. So if the distance we've come in chips was the distance in the same time auto industry, the car would go 500 miles and hour. It would get 470 miles a gallon, and it would cost three cents." And I don't know if those are exact numbers from my memory, but the idea is, it's ridiculous, but that makes the point. How far the chip industry had come versus any other industry. So having that contrast, but also having the ability to put numbers in some context.

And so, when we get to this point. Where we start talking numbers after we've talked everything else, it makes people want to listen to them more. They've already said, "Okay. Okay, I get the benefits of wind. I'm open-minded to this." And then, "Oh. I like the numbers." Now a lot of people will stick with the numbers as the reason for staying on board, but you don't get 'em on board because of the numbers.

Mark Sylvester: In an earlier episode, we talked about the psychological underpinnings of the method, right?

Mark Sylvester: Because the psychology of persuasion. Is there a psychology to how you present finances?

John Davies: And it's gotta be broken down in a way where people see where it really goes, and there's a reason for it. And it's nice to have proof that it's been done in another community, and in a close by place, and it's something they see. So the psychology is: It's been done before. It's real. I can go find out.

John Davies: Exactly. Exactly. Because the bad stuff on the internet, will claim nothing works. The one wind turbine that breaks down someplace out of thousands of them is what the cover photo is, and that's all they talk about how that costs money. So they never let you get to that point on those, so they're gonna go look, and we need to direct them to areas where it shows this community's really rocking because they have a wind farm.

Mark Sylvester: I'm curious on fact checking because that seems to be a thing that people do now. Now, we're in the numbers, right?

Mark Sylvester: These are facts. Do you footnote all of your facts?

Mark Sylvester: I've heard you say when we've talked about this bridge and finances, you say don't wave money. What does that mean?

John Davies: Well, if you start by waving money in front of people, it looks like you're trying to buy them. No one wants to be bought. Everyone wants to wooed. One, they want to be wooed. Tell me why. Let me make up my own mind. And they want something to be good for the community. You’ve got to look at building a wind farm just like building a nuclear power plant or a coal fire plant. You've gotta give them the value-based message. And we have such a better value-based message than any other source of electricity, and we leave it on the table way too much. We just jump right into the numbers.

Think about it. Wind's out there saying the same thing that a coal fire plant would do, or a natural gas plant. We're gonna provide X number of jobs and X million dollars in tax revenue. And we don't start with the other benefits. That's just leaving all your best plays on the table and not taking it out.

Mark Sylvester: John, I love how you've taken us through The Davies Method from acknowledging, to contrasting, to embracing to engage, and then bridging, and that's the strategy part. We still have some episodes to go 'cause we're not done. I want you to talk about what's coming up.

John Davies: Well, it's sort of interesting because this early stage is to really get a framework and an approach in your head. So it's a little tedious, I would guess, for some folks, but if you get this approach in your head, it helps you go to the tactical and how you start to reach out. So the last five things I think we're gonna talk about here, I believe, is we're gonna go through how we do this. And so, one is, how do we do this listening? How do we do this research? And I'm going to unpack how we do it and why we do it, so you can do it yourself. If you want to do it. How we get people to talk to us.

Mark Sylvester: So we'll spend a whole episode on that.

John Davies: Then we're gonna talk about how we address people's dreams and fears because that's where people live - in their dreams and fears. And in the society we live in today, there's so much fear.

And then, how do you cultivate the relationship so a supporter becomes an advocate? How do you do that? What are the steps? And there are real steps.

So I think those will be very practical and very hands-on for folks.

John Davies: Well, you just hit it. For this one?

John Davies: Don't do it until you have everything done because you already know how to do this 'cause this is what you do.

Mark Sylvester: John, thanks a lot. I can't wait for our next episode.

John Davies: I look forward to it.

Mark Sylvester: Thank you for listening. It's now your opportunity and responsibility to use the method today. You've completed one segment toward understanding The Davies Method. We look forward to you subscribing. Join us as we uncover and explain the nuances of John's distinctive approach. For more episodes, visit thedaviesmethod.com. I'm Mark Sylvester, recording at The Pullstring Press Studios in Santa Barbara, California.

Overcome Opposition: Wind Ep 10 – The Five Steps: GET THE MESSAGE OUT

Check out our blog for more insights and fresh content about how to gain support for your wind farm.